Neither Gone nor Forgotten, Thank You

Thanks for your various inquiries into my well-being, etc. I truly appreciate those who have missed me.

I'm posting this from my church's computer. Someone, who unfortunately is anonymous, has sent me something that contained a Trojan Horse virus. I suspect it was through my Outlook email, which is currently unavailable to me -- blocked off completely by my antivirus program. Where was this wonderful program when the nasty thing came into my inbox? Inquiring minds want to know. I've run a complete virus scan on my hard drive twice, and something is still sitting there, gloating over my distress.

Although my computer has not "crashed," all is NOT well. I'm trying to preserve those of my photographs which had not yet made it to the flash drive, and can only hope that is successful. Unless some computer guru (which I cannot afford to pay at present) can successfully remove the whateveritis, I fear that my hard drive will have to be reformatted. I HATE THAT! (please excuse my shouting, but I feel it is warranted in this particular case.)

Other than having computer problems at home, I've been busy with year end church work which will soon come to an end.

I'll try to post to the blog when I can have access to someone else's computer, so posting will most likely be sporadic until my mess is cleared up.

As a famous general once said (and I DO know who it was) "I shall return."

When Icicles Hang by the Wall 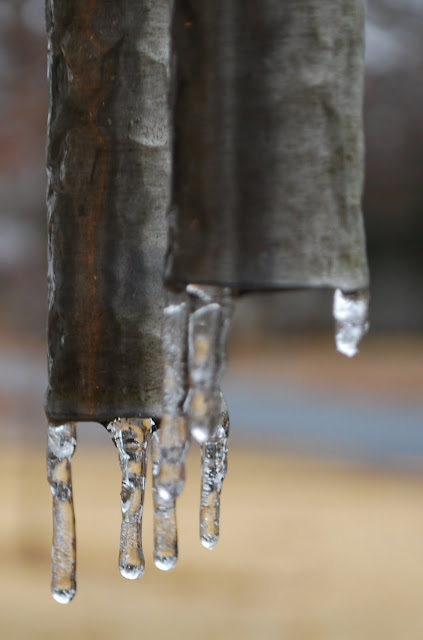 When the weather gets really cold, some of the first phrases that come to my mind  are "milk comes frozen home in pail," and "greasy Joan doth keel the pot."  Some English Lit. teacher in my long ago past must have caused these particular words to take up (what seems to be permanent) residence in a deep recess of my brain, only to be called to the fore when the temperature drops below a given level.
No doubt about it, it is bitterly cold, but here in central Arkansas it's almost balmy compared to other parts of the nation and the world.  Where are my English/Welsh/Scot genes when I need them?  They kick in ferociously during the summer when I go into melt-down when it hits 80 degrees, but do they lift a (figurative) finger to assist me when it gets cold?  No!  I'm wearing enough layers of clothing inside the house to add another 10 pounds to my frame, and I bundle up like Nanook of the North when I venture into the yard to refill the bird feeders.
Despite some precautions (not enough, as it turned out) to keep my water pipes from freezing, I had no hot water in bathroom, kitchen or laundry room until around noon today.   Why is it that hot water pipes will freeze before those carrying cold water?
Since I do not relish making my morning (or any other time) ablutions in water just above the freezing point, I shall face the prospect of having a higher water bill by leaving water running at more than just a drip, drip, drip tonight. There are other preventive measures I can take, also, and those will be done. Let's hope it works.
I leave you with these words (they had just as well be stuck in your brain as mine):
"When icicles hang by the wall
And Dick the shepherd blows his nail,
And Tom bears logs into the hall,
And milk comes frozen home in pail;
When blood is nipt and ways be foul,
Then nightly sings the staring owl
Tuwhoo! Tuwhit! Tuwhoo! A merry note!
While greasy Joan doth keel the pot.
When all aloud the wind doth blow,
And coughing drowns the parson's saw,
And birds sit brooding in the snow,
And Marian's nose looks red and raw;
When roasted crabs hiss in the bowl
Then nightly sings the staring owl
Tuwhoo! Tuwhit! Tuwhoo! A merry note!
While greasy Joan doth keel the pot."
---- Love's Labour's Lost, V, ii - Wm. Shakespeare
Posted by Pat - Arkansas at 8:00 PM 21 comments:

Not My Fireside, I'm Sorry to Say 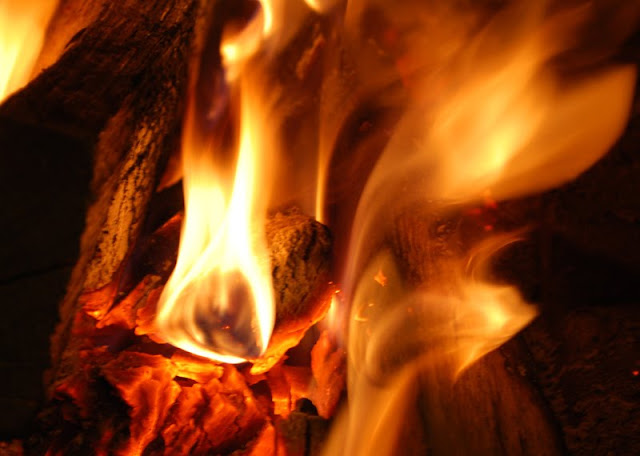 I took this photo on the evening of New Year's Day last year at Gardening Daughter's home.  I could have used some of this pretty, warm wood fire last night since my cold has reactivated itself -- or I have a entirely new affliction. Bah!!  I can't seem to get warm, despite the consumption of hot beverages and wearing both a sweatshirt and a sweater with my warmest jeans.
I had been invited by Gardening Daughter's husband to join the family for a traditional black-eyed peas and cornbread  supper,  but rather than spread germs, I stayed at home and nursed myself with a big bowl of extra-spicy chili con carne.   In the making of the chili, I used some of my hot New Mexico chile powder to stoke up the heat a bit, which I hope will be effective in relieving some of my symptoms. I absolutely believe in the germ theory of disease, and I was in the company of several folks who had colds earlier this week.  I should have known those pesky critters would take up residence in my airways (the germs, not the folks.)
While under self-imposed house arrest, I did manage to get a number of necessary chores accomplished, such as finally clearing away all the Christmas wrapping paper, tape and ribbons from the kitchen table (the largest flat surface I have). It's nice to see a clear table top again.   In addition to making the pot of chili, I also employed my bread machine to turn out a loaf of Portugese White Bread, which will make dandy toast to have with my tea this morning.
Although I'm not gainfully employed anymore,  I think it must be nice for a legal holiday to fall on a Friday, thus giving most folks a three-day weekend.
New Year's Day is also my baby sister's birthday.  Her husband always makes it an extra special day, and I know that both of their children were there to celebrate the day with her;  I wish I could have been there, too.
More, later.
Posted by Pat - Arkansas at 6:00 AM 20 comments: 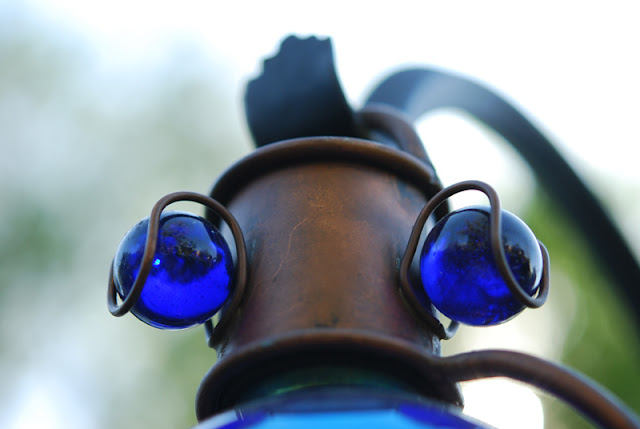 I bring you greetings...
... and heartfelt wishes for a happy, peaceful and prosperous new year, blogging friends.  May your blessings be beyond measure.
Posted by Pat - Arkansas at 12:32 PM 11 comments:

Pat - Arkansas
Jacksonville, Arkansas, United States
Retired from Banking and Human Resources Consulting, I'm enjoying the time to relax, read mystery books, and use rubber stamps (thus the "Stamper" part of my blog name) to create greeting cards and other art work for my friends and family. I'm an avid blog reader, an amateur photographer/ writer/ poet, and an active member of my local Episcopal church.

Unless otherwise indicated, this blog contains my own writing and photographs to which I hold the copyright. If I did not create something that I share here, I will always give attribution, if known. Please inquire before borrowing anything from this site. You may e-mail me at patsschado_at_ yahoo_ dot_com. I'm very agreeable, if asked nicely.

"Don't let what you cannot do interfere with what you can do." - John Wooden
"Life is short, and we do not have too much time to gladden the hearts of those who travel this way with us. So be swift to love, make haste to be kind." -- Henri Frederic Amiel (1821-1881)

"If wrinkles must be written upon our brows, let them not be written on the heart. The spirit should never grow old." - James A. Garfield (1831-1881)

Phases of the Moon